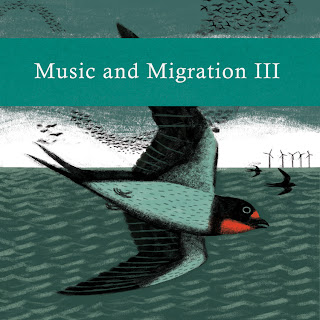 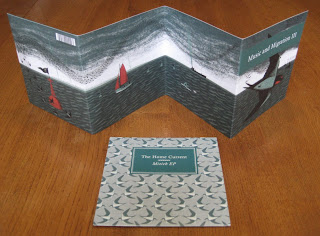 I have designed the artwork and contributed a track to the the 3rd 'Music and Migration' compilation on Second Language records, all profits will go to BirdLife International.

It can be bought from HERE

Way back in 2010, Second Language released a compilation album called Music and Migration, which proffered exclusive sonic wares by artists including Vashti Bunyan, Xela, Hauschka, Leyland Kirby and Peter Broderick. Themed around issues of avian migration, and the many man-made threats to international ‘flyways’ as highlighted by the nature conservation organization, BirdLife International’s Born to Travel campaign, the album proved to be both an artistic and critical ‘hit’, selling out its limited edition almost immediately.

Included with M&MIII is a free bonus disc, Mizieb EP, by The Home Current featuring remixes of Theme From Mizieb (originally released on M&MII) by the likes of The Boats, Opiate, Chronomad, El Búho and Blood On The Snare (Jerome Tcherneyan of Piano Magic). Two original tracks complete the set - Fiddien Torchlight Procession (feat. Anna Rose Carter) and A Case Of Domestic Violins (feat. Sarah Kemp of brave timbers/Lanterns On The Lake).
Even when the music stops, migratory birds will still face threats along their routes of travel. Find out how you can help here: www.birdlife.org
Tracklisting :