I recently completed a book cover for Stonebird by Mike Revell, published by Quercus books. An exciting, and dark children's story about a boy who befriends a (live) stone gargoyle. I've included a couple of pencil roughs so you can see how the cover developed. The general layout was suggested by the client, but initially I had Stonebird looking more bird like and feathered. The client suggested that I change this - I think to make Stonebird look friendly, they also wanted him to lean over the boy more, and the illustration to extend over the inside flaps - where they planned to place text over it. The finished artwork was done in two separate images, back and front. 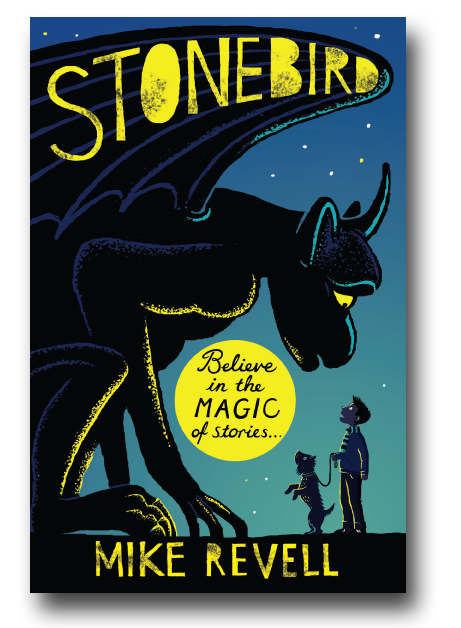 Posted by Frances Castle at 1:30 PM